The outer wings of the Isenheim Altarpiece were opened for important festivals of the liturgical year, particular those in honour of the Virgin Mary.

Thus are revealed four scenes: the left wing represents the Annunciation during which the archangel Gabriel comes to announce to Mary that she will give birth to Jesus, the son of God. The Virgin Mary is depicted in a chapel to indicate the sacred character of the event. In the central corpus, the Concert of Angels and the Nativity are not independent scenes but instead fit within a unified concept: the viewer witnesses Christ’s coming to earth as a newborn baby, who will be led to combat the forces of evil personified by certain of the angels, disturbing in their physical appearance. A number of symbols provide keys to aid in interpretation: the enclosed garden represents Mary’s womb and is a sign of her perpetual virginity, the rose bush without thorns refers to her as free of original sin, the fig tree symbolises mother’s milk. The bed, the bucket and the chamber pot underscore the human nature of Christ. Lastly, the right wing shows the Resurrection, in which Christ emerges from the tomb and ascends into Heaven bathed in light transfiguring the countenance of the Crucified into the face of God. The Resurrection and the Ascension are therefore encapsulated in a single image. 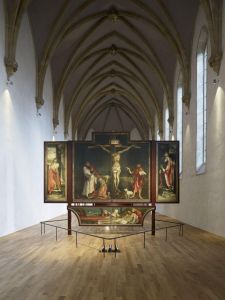 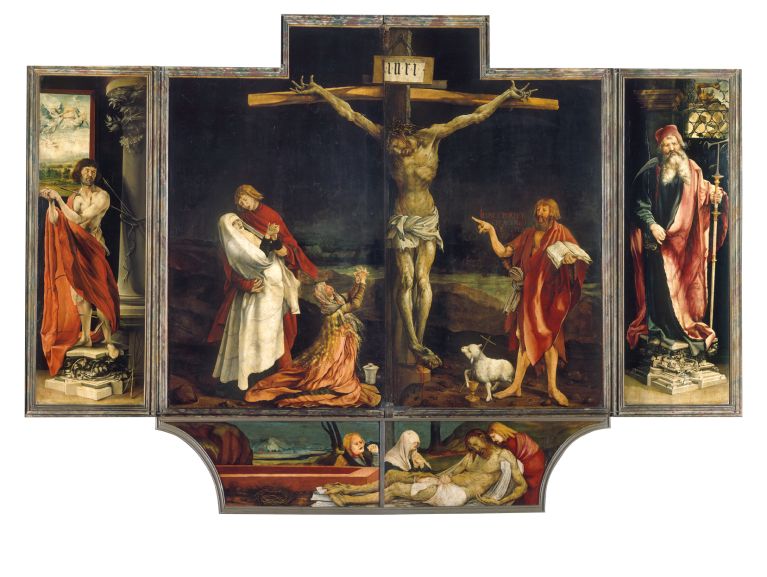 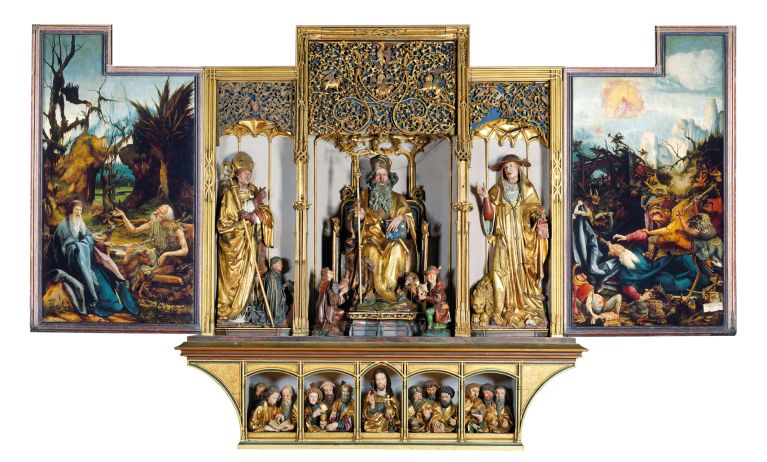